As the clock draws ever closer to a New Year
i would like to wish all of my friends and followers
A Happy, Healthy and Prosperus 2014. 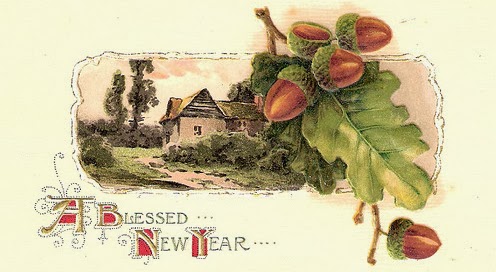 I've taken some new photographs of the first items that will be displayed in the roombox once complete.
These objects are what i have personally collected over the years from various sources including some which i swapped for items that i found particularly interesting. The first image is a japanese carving which originally was the front to a tiny draw i was going to use this in another project but it just seemed too good not to use it in this one. 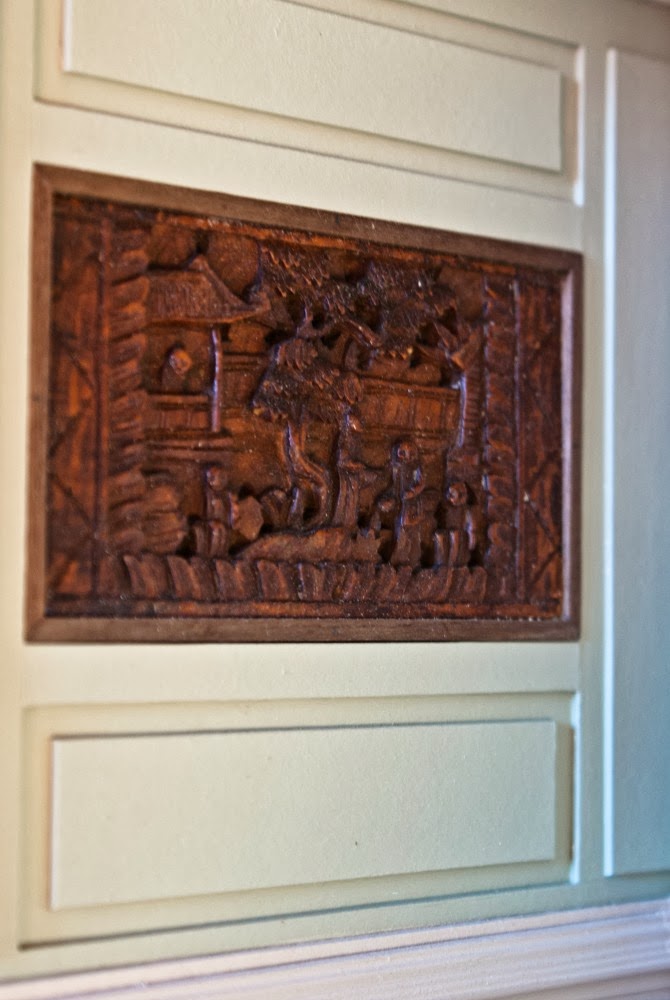 The second piece i acquired some time ago and is itself quite a rare object indeed. This is the main religious seal of Holyrood Abbey From the evidence i have this originally was in a private collection which unfortunately was broken up and all sold off separately. 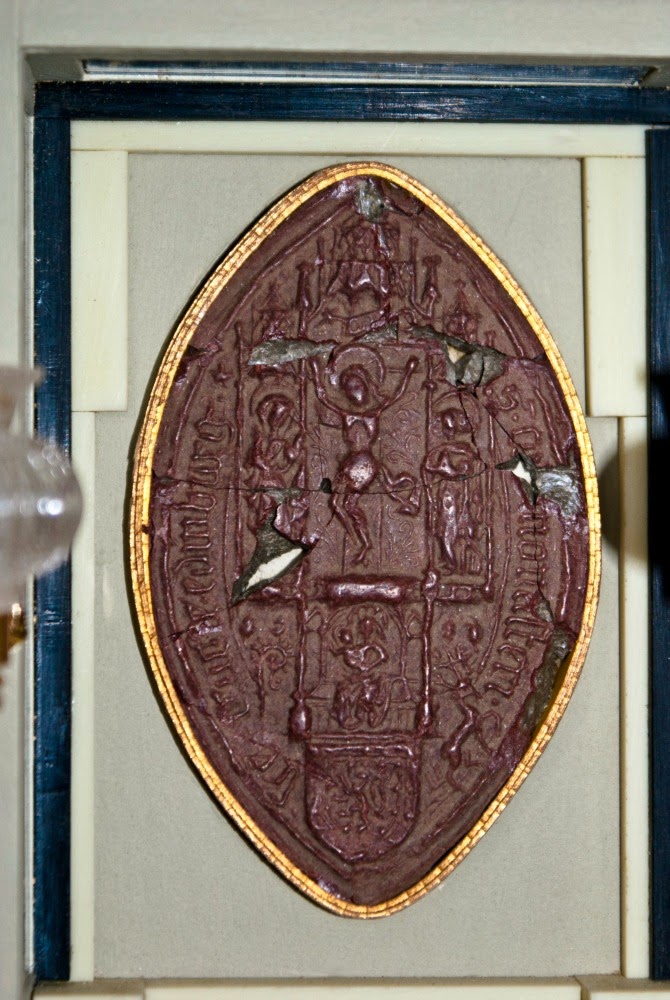 ﻿
Its not in the best shape as you can see but i thought using it in this project would be a great place not only for keeping it safe but also for putting it on a permanent display.
Both links below can give you a little more info about holyrood.
http://en.wikipedia.org/wiki/Holyrood_Abbey
And
http://www.oldandnewedinburgh.co.uk/volume3/page58.html

The next object which was not visible in yestedays post is a hand carved citrine Buddha which is sitting on a miniature silver table. 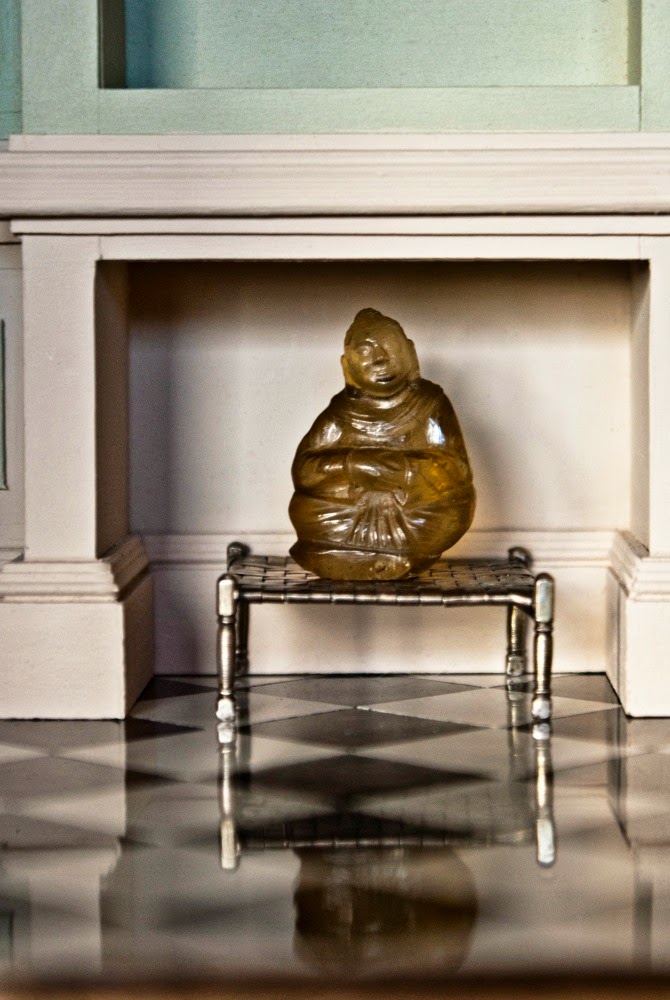 I dont really know much about the table itself only that it dates to around 1910 and has been tested as silver, the top has a beautiful interwoven sheet silver design.I don't think these will be the last items to be placed into this treasure room with an oriental theme!! 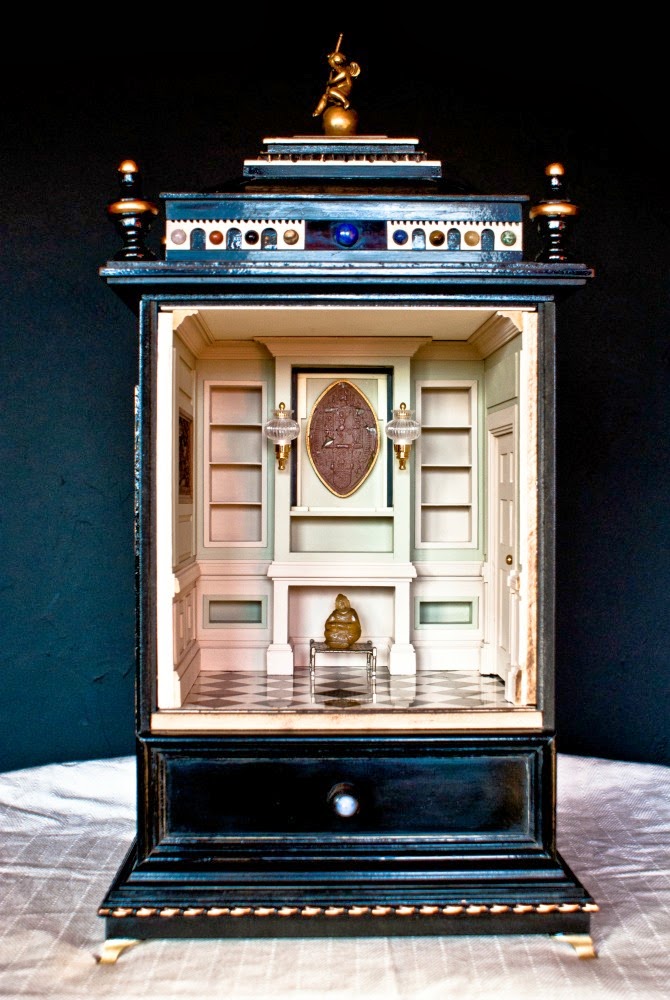 Hopefully over the holiday period i will get to spend a little more time on this piece and show you all its progress as it evolves. 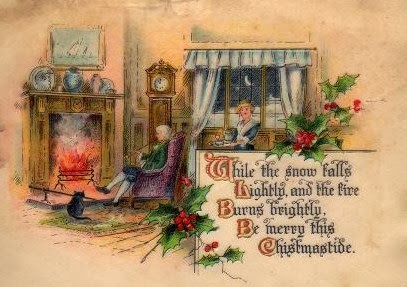 ﻿
﻿
﻿
﻿
Have a wonderful christmas everyone
Tony.

Posted by Miniature Treasures at 12:36 23 comments:

Its been a while since my previous post but things have been moving along quite nicely.Now that i have finished work for the Christmas holidays i will be able to get a little more time in on this project and hopefully share a few more photographs and talk in detail about the items which are going to grace this room. The first thing you will most likely notice is there are no windows or fireplace this was intentional from the offset as wall space will become a premium for displaying tiny and unique treasures two of which are already mounted into the walls, these i will tell you about in future posts. The ceiling also still has to be constructed and installed properly. I was a little concerned at first about the size of the room once it has all the items in place but usually these wunderkammer or so called treasure rooms were often rammed to the ceiling with objects in some cases items were often hung from the ceiling to, but i look forward to watching the items appear and changing them around to get the best effects.This is also the first project i have built with electrics once turned on  the two wall lights not only transform the room but also the items in it, again i will get some more photos taken over the next few days to share on here.
Have a great weekend everyone.  Tony.﻿
Posted by Miniature Treasures at 14:03 18 comments: