ARCHITECTURAL TREASURES
Some of my favourite buildings 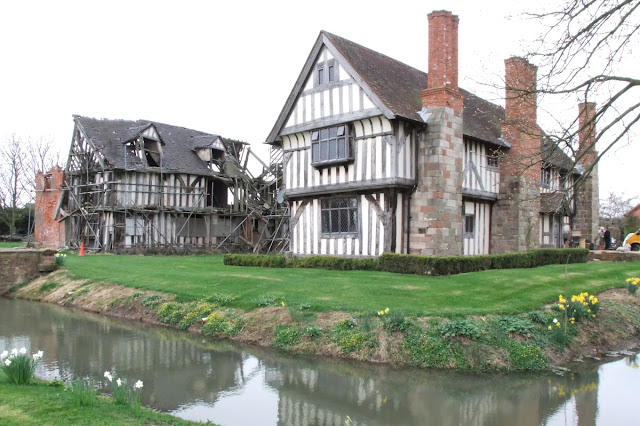 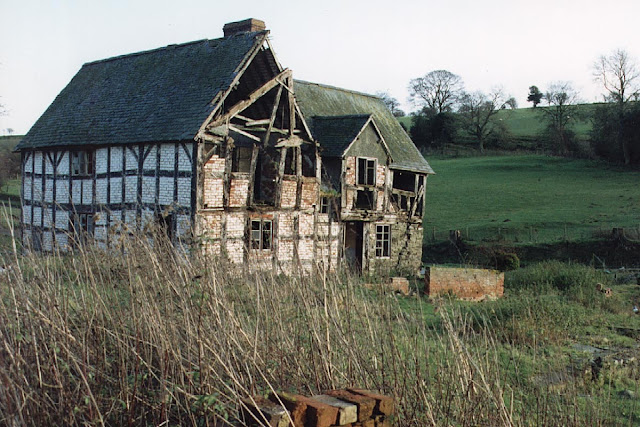 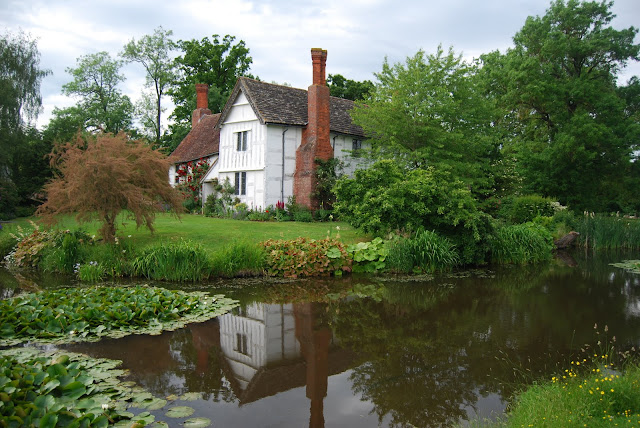 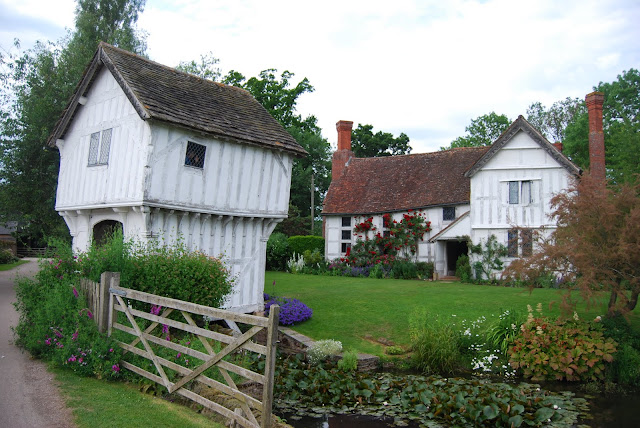 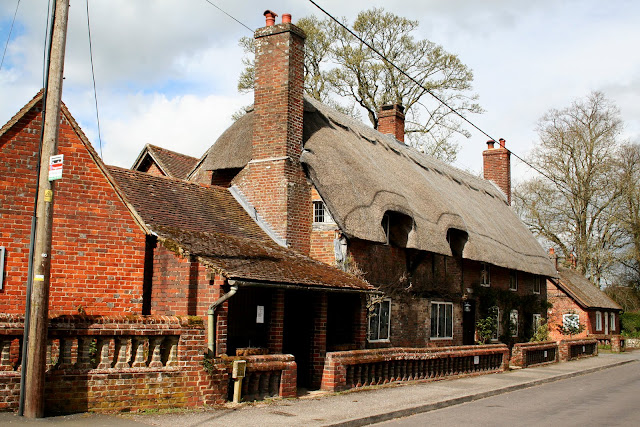 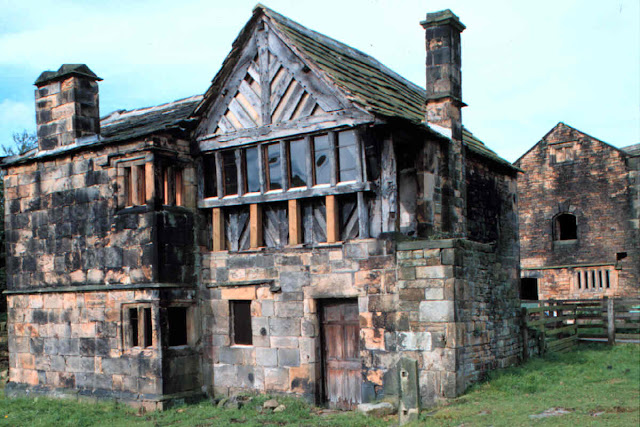 
A  DOORWAY TO YORK 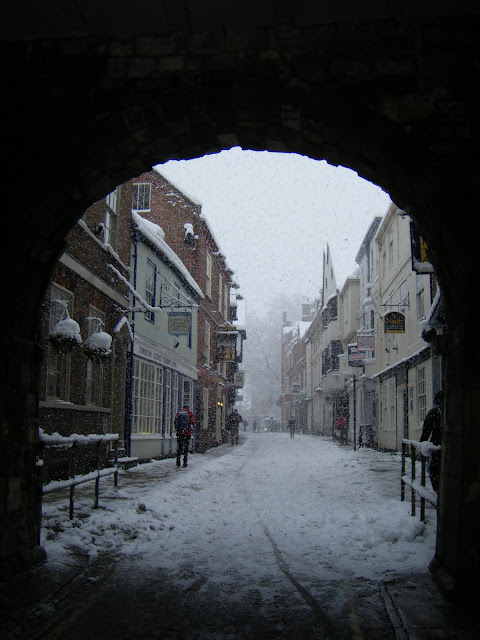 One of my favourite cities not only for history ,but for viewing a vast range of different periods of architecture. 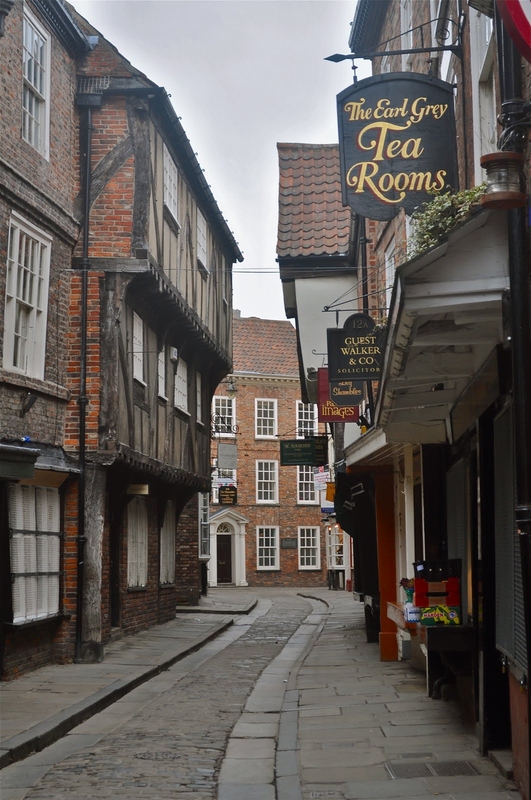 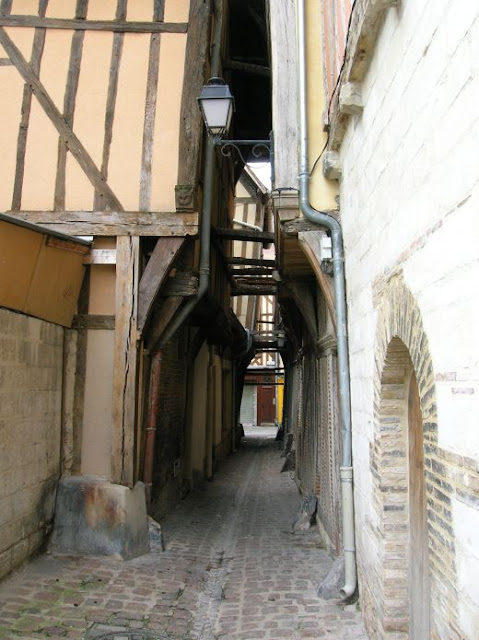 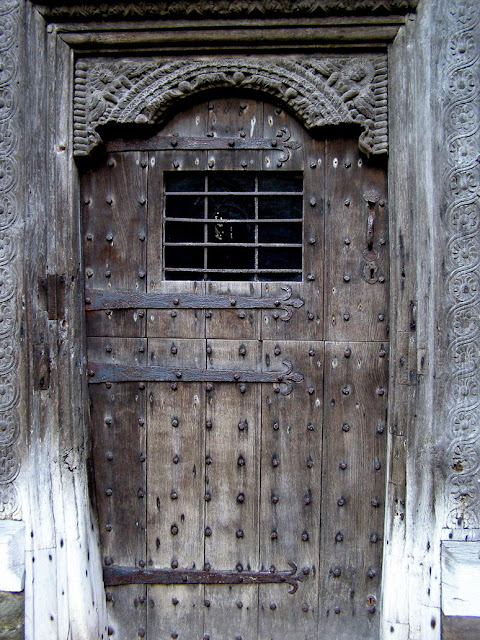 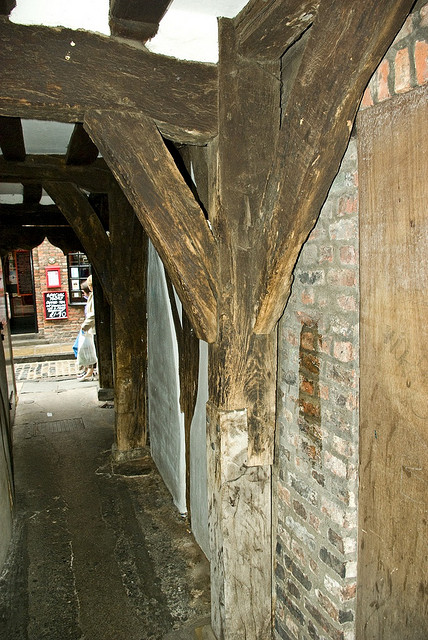 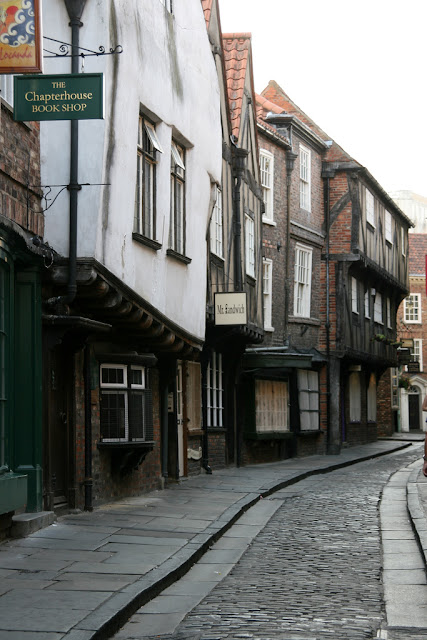 Mentioned in the doomsday Book under its Latin name - In Macello. The word Shambles derives from the Medieval word Shamel (various spellings), meaning bench or booth. Also referred to as Flesshammel, which means to do with flesh - it was the street of the butchers.

With its narrow width and its overhanging upper storeys. It is said that in certain points you can reach out of the top window and shake hands with a person doing the same daft thing in the house opposite! But if you had walked the length of this street, say, 300 years ago, it would have been a very different experience! Livestock would have been kept behind the shops and slaughtered on site.
A wealth of  history is tucked away in this street and it cannot fail to please all who visit.

THE SAXON CHAPEL OF ODDA


Haddon Hall is an English country house on the River Wye at Bakewell, Derbyshire, one of the seats of the Duke Of Rutland, occupied by Lord Edward Manners and his family. In form a medieval manor house, it has been described as "the most complete and most interesting house of its period. 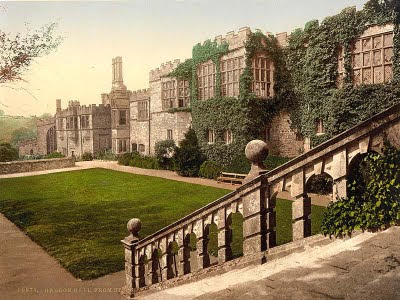 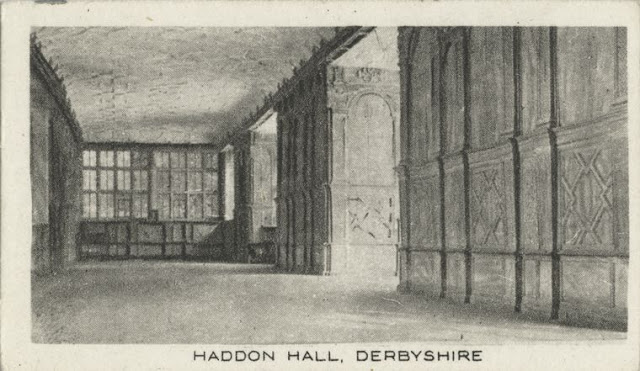 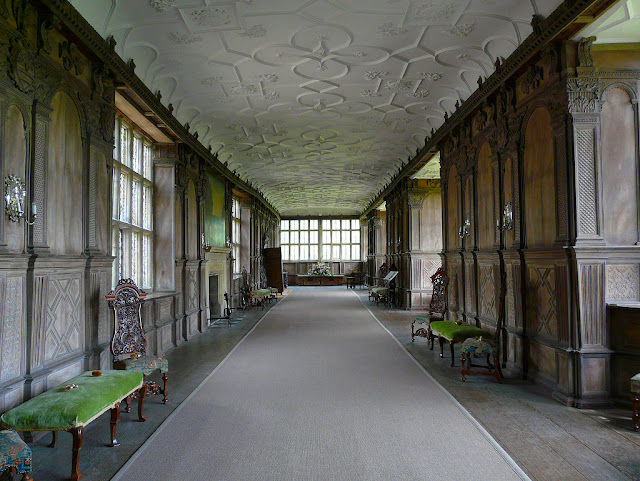 This place has to be amongst my favourites when it comes to visiting period houses. 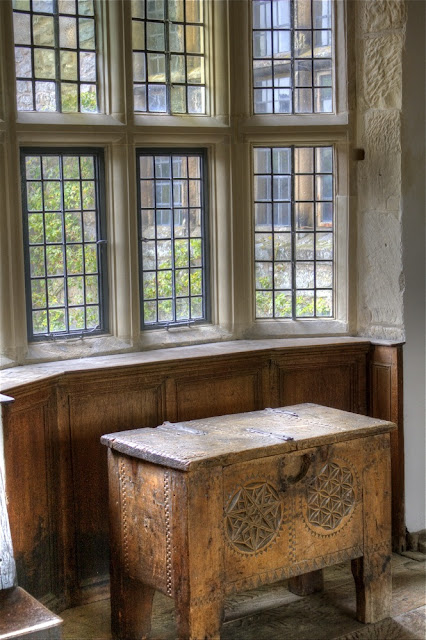 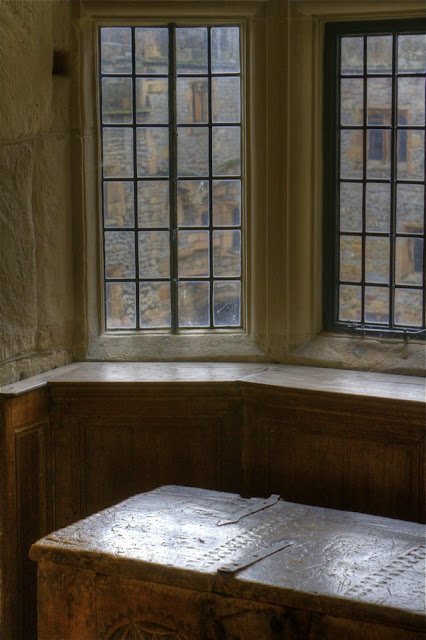 The origins of the hall date to the 11th century. William Peverel, illegitimate son of William the Conqueror, held the manor of Haddon in 1087, when the survey which resulted in the Domesday Book was undertaken. The Vernon family acquired the Manor of Nether Haddon by the 13th century marriage to the Haddon heiress. Though it was never a castle, the manor of Haddon was protected by a wall from 1195, when Richard Vernon received permission to build it. 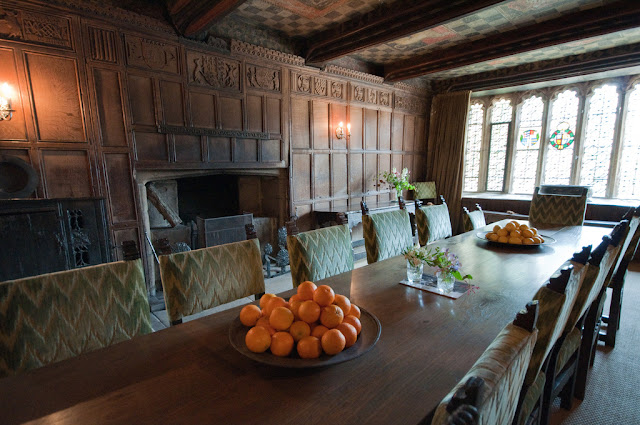 Dorothy Vernon, the daughter and heiress of Sir George Vernon, the owner of Haddon Hall, married John Manners, the second son of Thomas Manners, 1st Earl of Rutland in 1563. Sir George disapproved of the union, describing his daughter's suitor as "the second son of an impoverished Earl." In addition, the Manners were Protestants, and the Vernons were Catholics. According to legend, 18 year old Dorothy eloped with Manners during a wedding party for her older sister. However, they must have later reconciled with Sir George, as the couple inherited the manor. Their grandson, also John Manners of Haddon, inherited the Earldom on the death of his distant cousin the seventh Earl of Belvoir Castle. 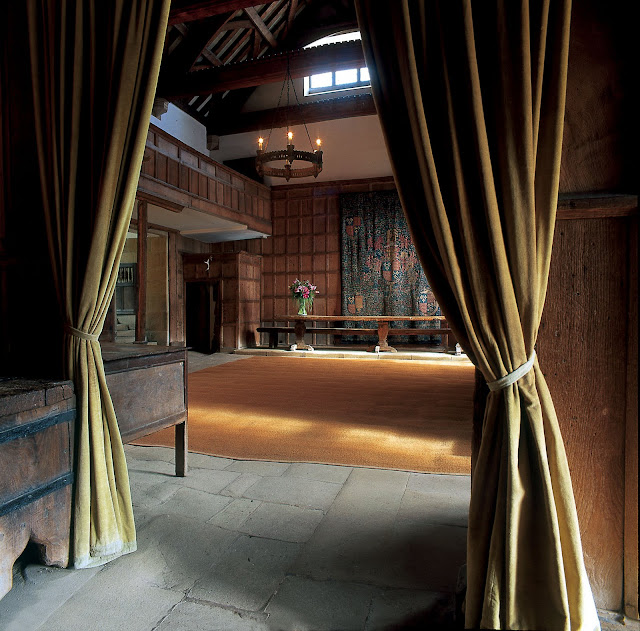 The 9th Earl, when made Duke of Rutland in 1703, moved to Belvoir Castle, and his heirs used the Hall very little, so it lay almost in its unaltered 16th-century condition, as it had been when it passed in 1567 by marriage to the Manners family. In the 1920s, the 9th Duke realised its importance and began a lifetime of meticulous restoration, with his restoration architect Harold Brakspear. The current medieval and Tudor Haddon includes small sections of the 11th-century structure, but mostly comprises additional chambers and ranges added by the successive generations of the Peverel, Avenel, Vernon and Manners families. Major construction was carried out at various stages between the 13th and the 17th centuries. The banqueting hall (with minstrels' gallery), kitchens and parlour date from 1370 and the St. Nicholas Chapel was completed in 1427. For generations, whitewash concealed and protected their pre-Reformation frescoes. There is a 16th-century Long Gallery. 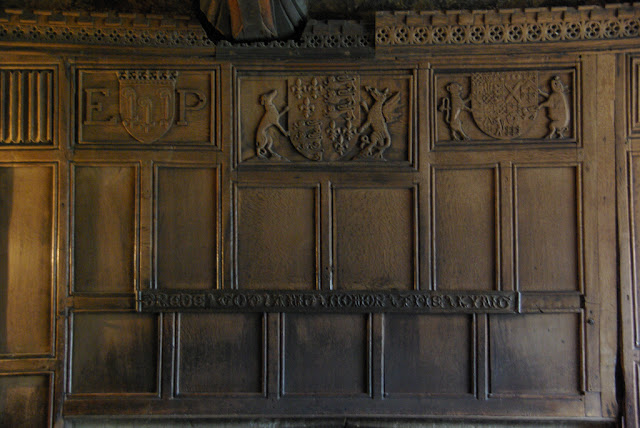 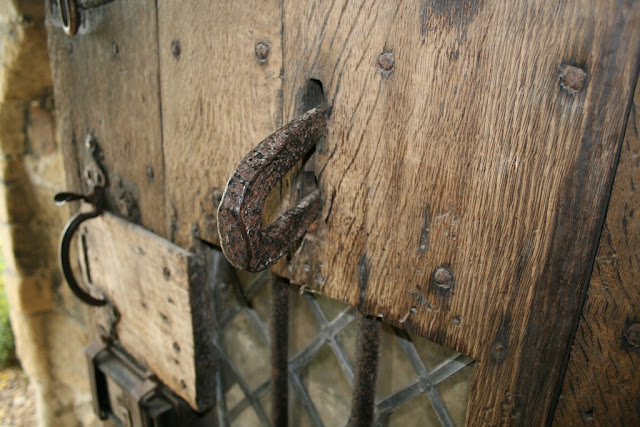 Little Moreton Hall is a moated 15th-century half-timbered manor house 4 miles southwest of Congleton in Cheshire. It has been descibed as one of the finest examples of timber-framed domestic architecture in England. 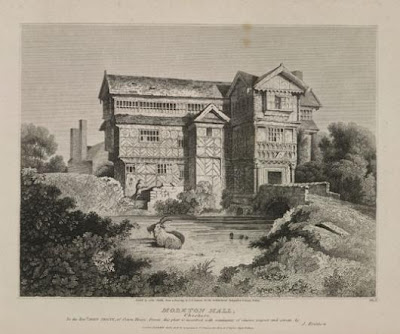 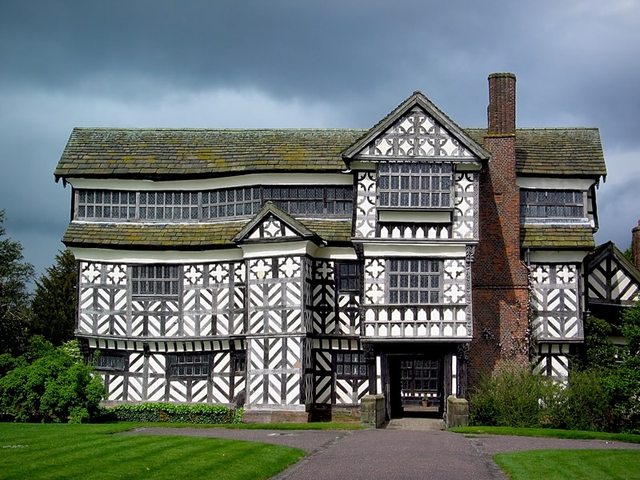 The house is today owned by the National Trust and has been designated by English Heritage as a Grade I listed building, and is protected as a Scheduled Monument. 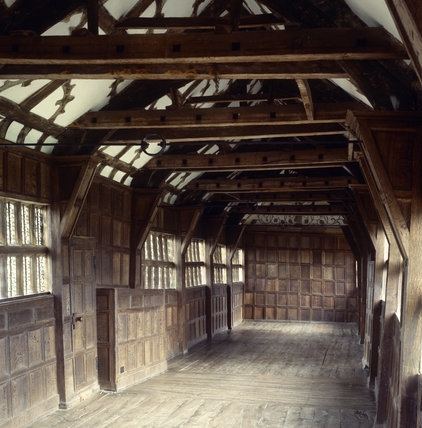 The earliest parts of the house were built for the Cheshire landowner Sir Richard de Moreton in around 1450, the remainder was constructed in various campaigns by three successive generations of the family until around 1580. 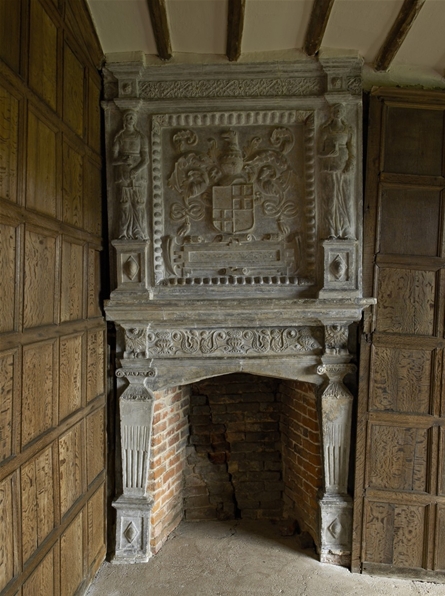 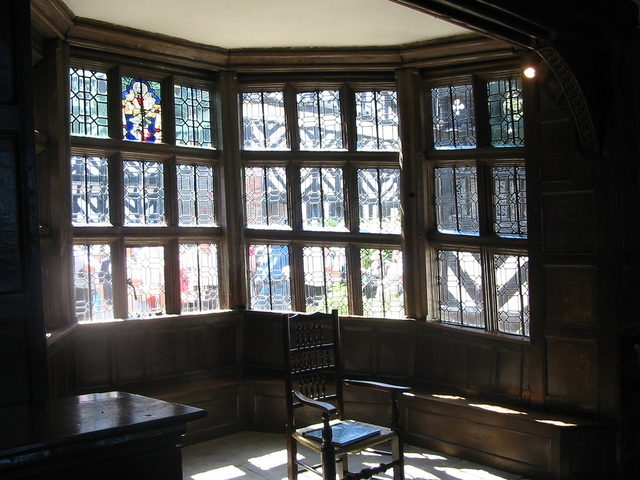 The house remained in the ownership of the Moreton family for almost five centuries.
The building is highly irregular, with asymmetrical facade's that ramble around three sides of a small cobbled courtyard, with "bays and porches jostling each other for space,this is what in my opinion gives it a unique charm. 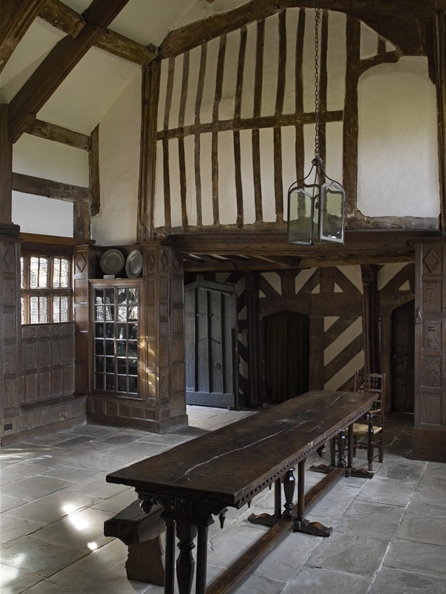